For decades, Graves Dougherty’s lawyers have helped shape First Amendment and media law in a wide variety of libel, business disparagement, privacy, copyright, trademark and advertising lawsuits, as well as the law governing access to courtrooms, government documents and meetings.

Our attorneys have broad and deep experience representing media clients in and out of court, including daily newspapers, broadcasters, magazines, book publishers, film studios and all kinds of Internet companies.  We also help non-media individuals and corporations exercise, defend and vindicate their right to free speech.  Here are some of the types of matters that Graves Dougherty’s First Amendment lawyers have tackled:

We regularly assist print and electronic publishers with prepublication review, assessing potential liability.  We help our clients “get the story” while, at the same time, minimizing their legal exposure.  We defend journalists and their work from subpoenas in criminal and civil cases to keep confidential sources from being exposed and prevent the disruption of newsgathering and reporting.

Our lawyers also provide top-to-bottom review of websites for potential legal issues, including libel, invasion of privacy, copyright and trademark concerns.  We help our clients develop and post enforceable click-through terms and conditions of use for websites and privacy policies.

Graves Dougherty lawyers are deeply involved in developing and applying Texas’ open meetings and public information laws – the Texas Public Information Act (TPIA) and the Texas Open Meetings Act (TORA) – as well as the federal Freedom of Information Act (FOIA).  We help the media and private parties make and enforce requests for public information and documents and insist that government meetings and court proceedings remain open.  Promoting open government and open records has been a staple of Graves Dougherty’s media practice since Texas adopted its sunshine laws.  We also assist private entities who have dealings with the government in protecting their bona fide trade secrets and other confidential information from being improperly disclosed to competitors.

Our lawyers have handled dozens of libel, defamation and business disparagement lawsuits, at trial and on appeal, defending people and companies who have been sued for exercising their First Amendment rights.  We have defended every type of media in libel suits, from national broadcasters to individual bloggers, and everything in between.  For decades, we have been in the forefront of developing libel law in Texas and beyond.  A sampling of our cases includes:

From the moment in 2011 that Texas enacted its anti-SLAPP statute – the Texas Citizens Participation Act (TCPA) – our lawyers have been obtaining dismissal of meritless lawsuits that threaten the right of free speech and association.  For example:

We also represent individuals and companies who have suffered demonstrable financial loss from provably false, disparaging statements and advertisements.  For instance, in a protracted dispute between two waste disposal companies, we obtained a substantial jury verdict and judgment for actual and punitive damages based on the distribution by a business competitor of false statements about our client’s environmental record.  Waste Management of Texas, Inc. v. Texas Disposal Systems Landfill, Inc., 434 S.W.3d 142 (Tex. 2014).

Graves Dougherty’s lawyers represent parties involved in disputes over the right to privacy, including publications defending their right to speak on matters of public concern, and individuals and businesses with legitimate claims that their private information has been, or may be, disclosed or exploited by ex-employees and competitors.

Graves Dougherty’s lawyers have extensive experience proactively challenging laws, regulations and practices that violate free speech and other constitutional rights, such as advertising regulations, restrictions on the use of public information, and limitations on investment choices.  For example: 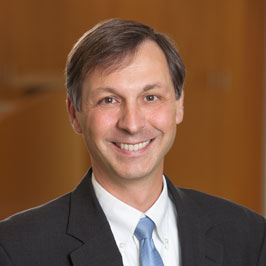